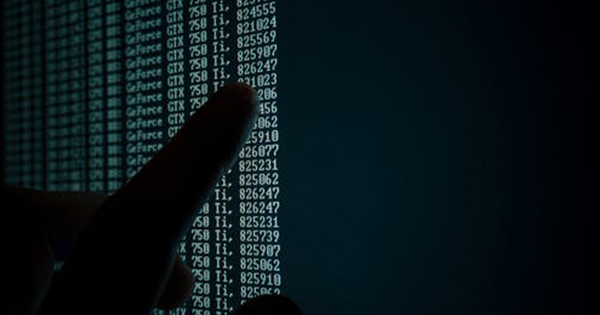 What Data Clean Rooms Are & Why They Matter

Dirty dancing? Dynamite movie. Dirty martinis? Delicious. Dirty data? Doesn’t work. Dirty, or unreliable data is simply information that is out-of-date, fake, or inaccurate, which, if used in campaigns, irrelevant campaigns and wasted resources. This problem is an ongoing one. According to an AlixPartners study, consumer brands across food, beauty and household spent $60 billion on digital ads in 2018, more than half of which showed negative ROI or no ROI. Explore this go-to guide on data clean rooms to learn why companies from Google to Unilever are building data clean rooms to address the widespread dirty data problem.

Why Dirty Data Is Such a Big Problem

A study from the Harvard Business Review discovered that data quality is far worse than most companies realize, saying that a mere 3% of the data quality scores in the study were rated as "acceptable.” One of the reasons studies say data is unreliable? Time. In a survey conducted by LoopMe and Sapio Research, half of U.S. marketers considered data reliable to utilize in ad campaigns for just one to two years. Less than one-third said data is usable after two years.

What is a Data Clean Room?

A data clean room is a physical location where typically large companies with access to lots of data keep and update that information. Other companies, in turn, bring their own data and campaign insights to the space. By bringing the two data sets together, advertisers can compare and contrast their data with the historically “walled gardens” of companies like Facebook, Google, and Amazon. More specifically, brands can see how the different types of data match up, using any inconsistencies between the two to determine whether they’re over-serving ads to similar audiences.

Who is Building Data Clean Rooms?

Amazon, Google, and Facebook are the main players in the data clean room game. While this concept is similar to Google's Ads Data Hub (ADH) or Facebook's enterprise data-sharing service, clean rooms mix aggregated user data (more on this in the next section) with first-party insights from advertisers to help measure campaigns and avoid serving too many ads to the same audiences. An important note: the three tech giants won’t be sharing data with each other in their respective clean rooms—creating the possibility for continued accidental audience data overlap. In response, Unilever has begun building its own data clean room.

For its own clean room, Unilever is exploring how to identify duplicate ad data by combining insights from Google, Facebook and Twitter—all of which have backed it. Data will never leave the clean room. Instead, third-party partners will analyze it such as Nielsen and Kantar. A Digiday article explains how this will work, “...measurement companies will process and anonymize streams of data to show where money is being wasted on ads on Google, Facebook and Twitter that are repeatedly sent to the same person. Unilever will then take that information from the measurement firms, but at no point will it pull any of the raw data directly from the platforms.”

How Specific Will Data Clean Rooms Insights Be?

Data clean rooms have emerged as a response to unreliable data and the irrelevant campaigns that have happened as a result. That said, consumer privacy is still paramount. Advertisers who take part in clean rooms cannot see information on an individual customer level. Marketing Dive sheds light on how Amazon’s data clean room strikes a balance between providing helpful customer insight for brands without giving away too much information,

The clean room provides data for groups of at least 50 consumers sharing a specific attribute, helping to identify which groups have engaged with a campaign. For example, advertisers could determine whether a campaign generates a response of demographic groups such as men 18 to 35 who live in urban areas.

Where Are Data Clean Rooms Located?

On servers in a physical room. And the insights advertisers get from clean rooms cannot leave the clean room—ever. As data privacy becomes a bigger concern, major tech companies will bring people or third-party analysts into their clean rooms to verify data accuracy and combat unreliable data.

How Data Clean Rooms May Clean Up Amazon’s Image

Let’s say a brand is running a prospecting campaign on Amazon. Typically, the brand’s data won’t give them much insight on who those customers really are. And if a customer converts, the brand only knows that a customer purchased something, not who they are or what led them to purchase. For this reason, brands who sell on Amazon have come to see the tech giant as a data hoarder. Its data clean room, however, may change this perception.

In an interview with Marketing Dive, George Popstefanov, CEO of PMG, explains how data clean rooms will put Amazon in a new light, "While many think of Amazon as a retail disruptor and giant, this move from Amazon demonstrates that brands need to look at Amazon not as the enemy, but as the technology giant they are," he continues, "Much of Amazon's revenue comes from AWS, which allows them to access massive amounts of data. This new service from Amazon will offer great advertising opportunities for brands and retailers who can make use of Amazon's insights into purchase behavior and preferences. Knowing this, brands should instead consider Amazon a partner, not a competitor."

As data clean rooms launch in 2020, they are poised to be a win-win-win for all involved. After all, they will allow large tech companies to provide more tangible value to advertisers. Advertisers will be able to get more accurate insight on consumers. And in turn, consumers will begin to see more valuable campaigns from advertisers’ because of that data. But, only time will tell if they truly tackle the unreliable data problem once and for all. Stay tuned!